The funniest, wierdest and wildest topics all in one place, preserved for posterity along with classic threads from the BDO and PDC world championships, the Grand Slam of Darts and more
Post Reply
187 posts 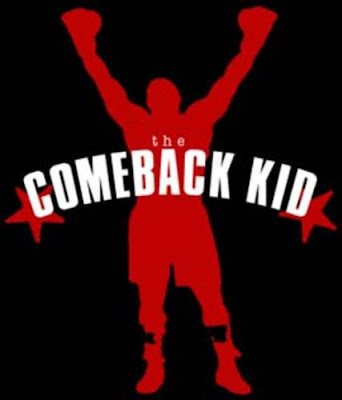 What a fekkin comeback against constant pressure. Get in there Gaz

he felt the love

Only two things are infinite, the universe and human stupidity, and I'm not sure about the former.
Top

Spoiled only by mcginty getting an excuse in early.
Top

What a match , what a player, what a shoulder!
Top

Paddy McGinty wrote:Come on Gazzer, he's just had two new arrivals, one boy and one girl, so I expect that's playing on his mind.

smashing game, bit of a get out jail free there for Ando as Baxter should have put him away.

Having said that Gary kept his head and hung in there which he doesn't always manage when his head goes down.

Think he was fired up in that final leg, after someone shouting out in the preceding one put him off going for his doubles.

Having said that, being a pro he must not let things like that affect him and that final leg was a great one.

Ginge wrote:the cancer has been cut from the BDO

I thought Gary was really impressive there.

“In every chalker’s life, a mistake is made that defines who you are and if you can handle your shandies” OzzieB May 2011.

Glad i got in to watch that game. Great comeback by anderson. But was alot of loose darts by him, left 32 n hit big 7 and going for 2 D18 and hitting big 17. Just needs bit of the phil taylor concentration to be a World class.
http://www.ebay.co.uk/usr/bullseye_darts
Top

Spud180 wrote:Glad i got in to watch that game. Great comeback by anderson. But was alot of loose darts by him, left 32 n hit big 7 and going for 2 D18 and hitting big 17. Just needs bit of the phil taylor concentration to be a World class.

Needs a bit of Taylor concentration to be Taylor class, hes already world class as are many others

no point wearing green Phil... when you're up against an Irishman in Ireland. That's going to be a tough crowd to win over

Brendan must hit his opening doubles.. and who knows.
Webmaster and editor/writer of the PDC fansite; Darts, Beers & Cheers!, and Exhibition and Open Tournament database.
Play (terribly) for Stilton Country Club.
Top

taylor his usual self.

Return to “The Stars Of Darts Archive Section”