Used a product?
Won some darts?
Got some info on any darts equipment?

Firstly a big thankyou to Sally for the very generous donation to the competition and for kindly offering to get the case signed by Bob....darts arrived yesterday but only getting round to having a proper look now with work.

Sally was kind enough to include a signed picture which will go perfect in the legend's display that im working on in the man cave.

There has been a gap at 88' in the collection for a while so im over the moon to have won these. 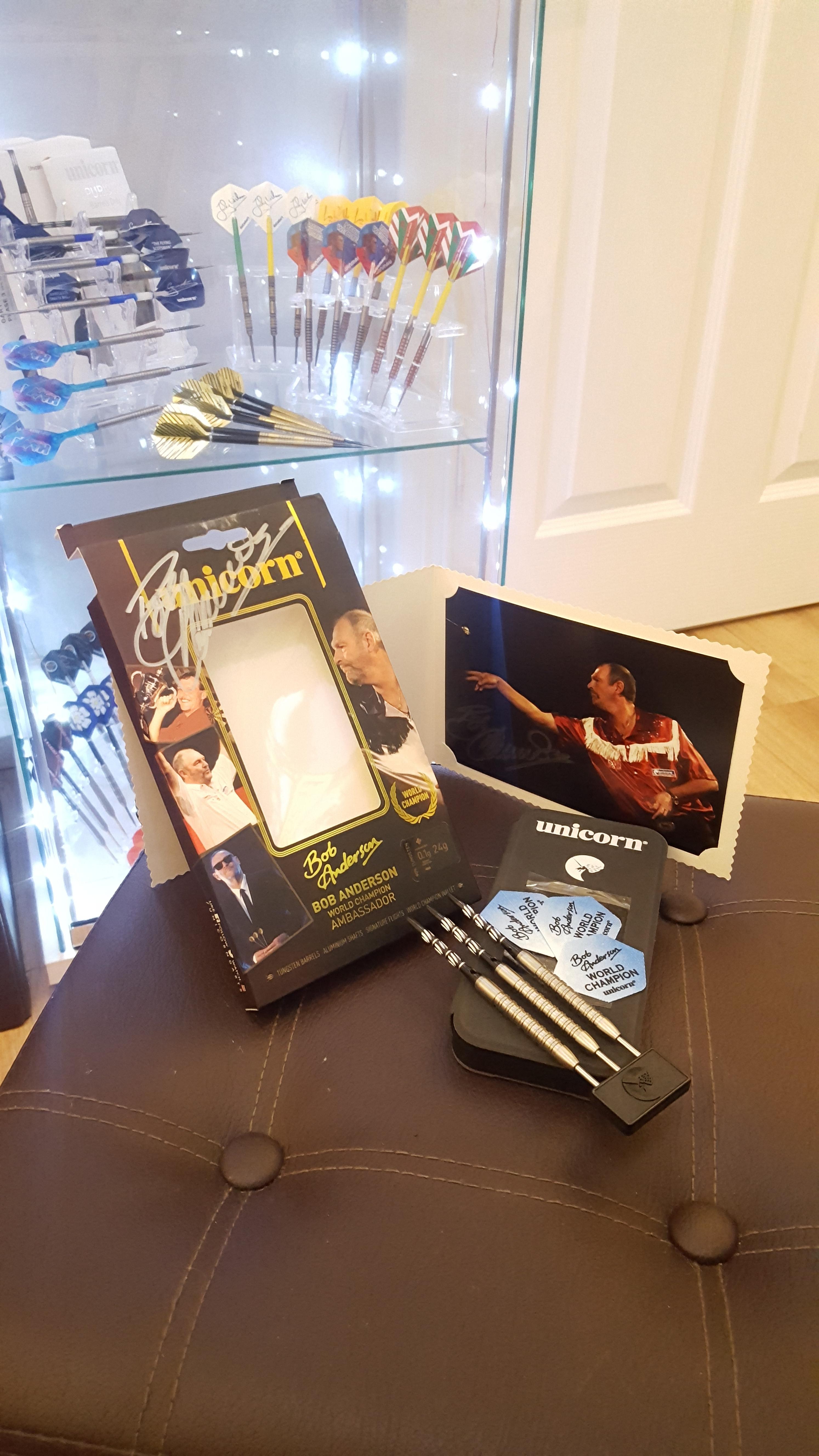 Appologies for the quality of the picture, doesnt show the signatures as clear as they are! 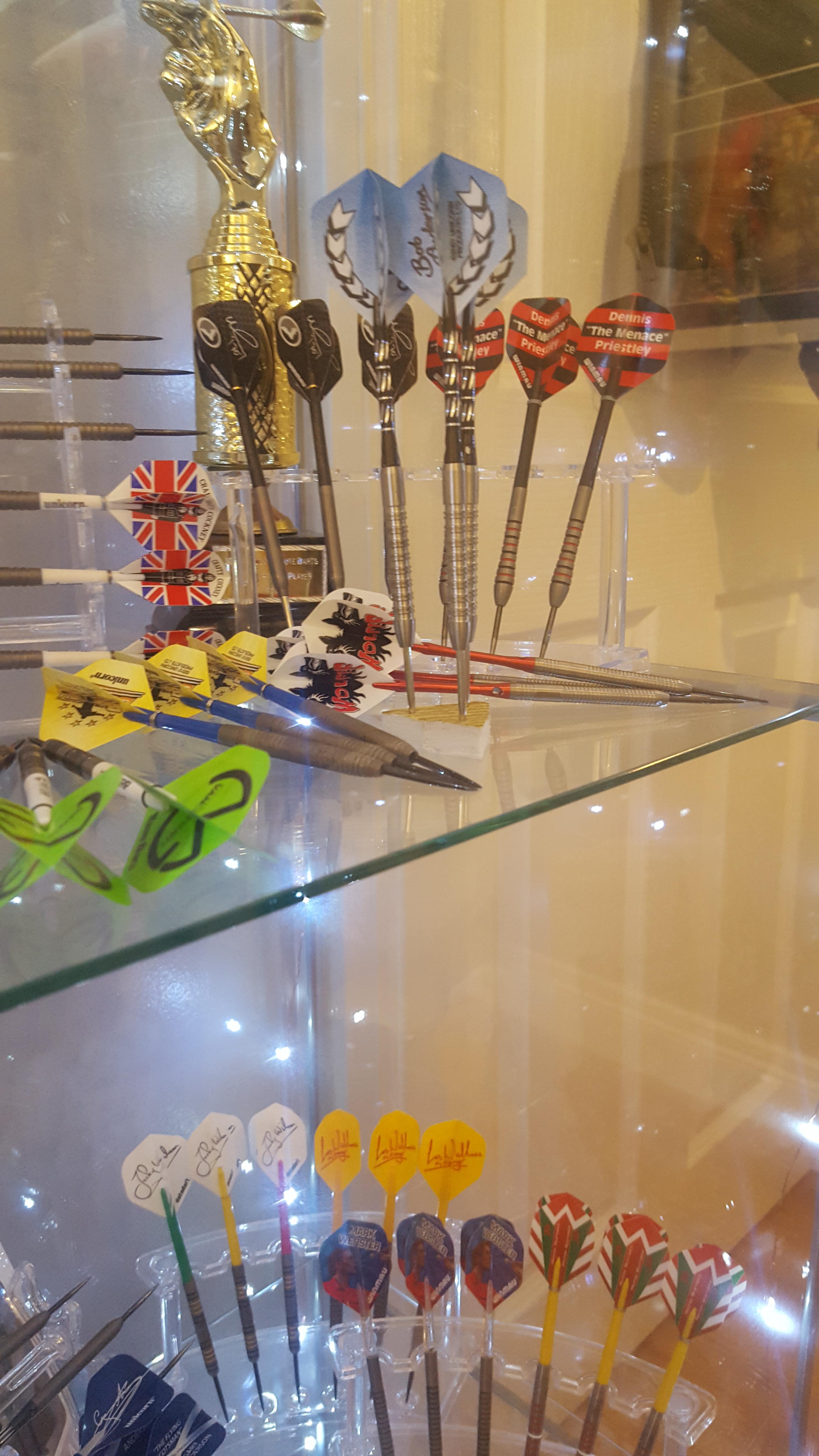 I have slipped them into the main cabinet for the meantime until I finish the Legend display. 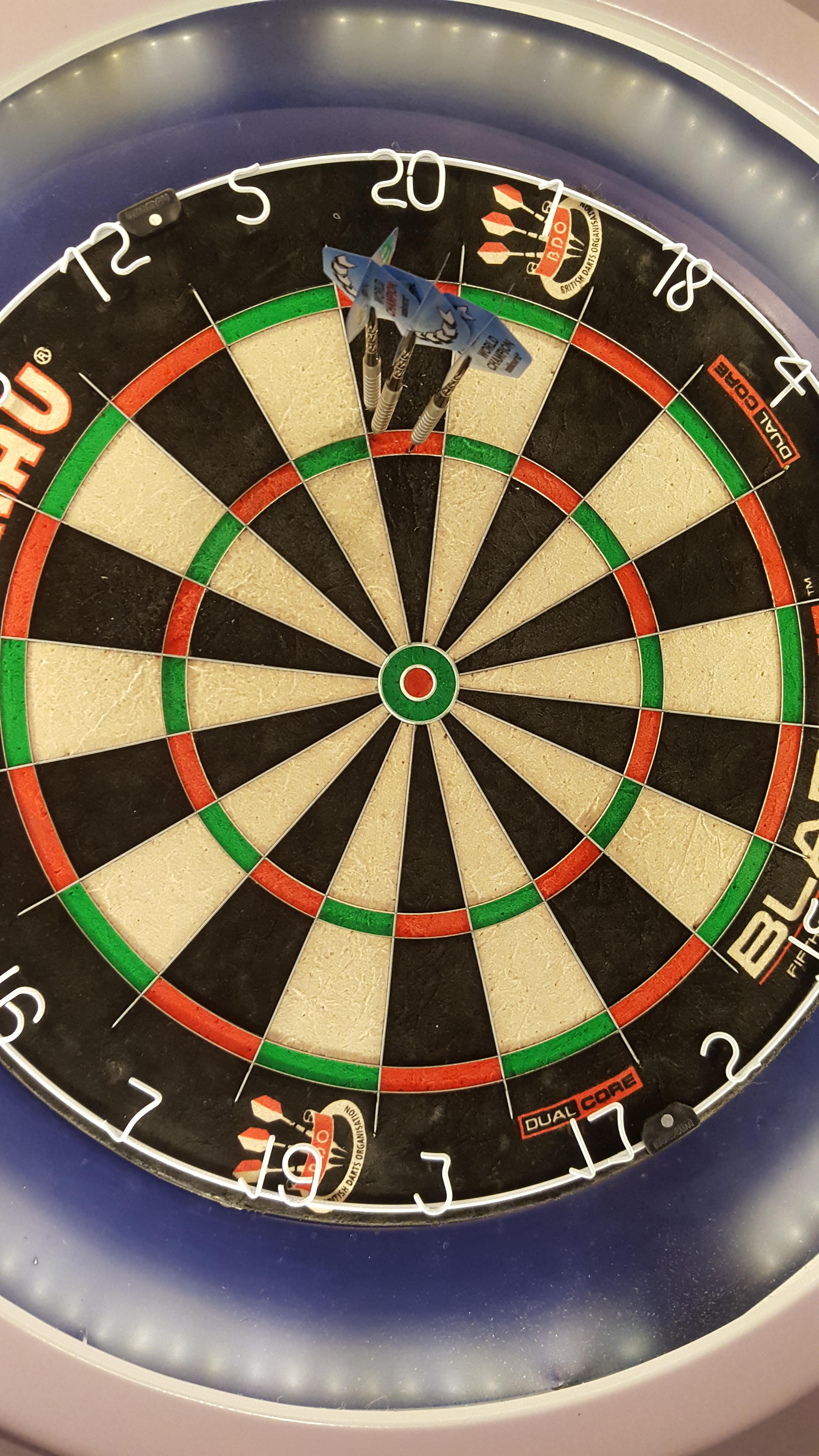 Only had about ten or fifteen minutes with them so havent managed to christen them yet..did get a 140 with the 3rd or 4th throw so they seem to suit well...i'll get my own stems on and see how they go....they might not make the wall at all if they keep going the way they are.
Could be a case of G Anderson out B Anderson in.

I'll update here when I get the legends finished up and on the wall for anyone interested.

Huge thanks again to Sally...your a star
Top

So glad you like them..and they are a perfect fit into your collection.

I’m looking forward to the next TSOD comp....maybe I will win something !
Sally x
Top

Good to see that Bob's darts have went to a good home.